On March 6, three members of the core MassMesh team, plus Ned and I ventured down to Jamaica Plain to present about mesh nets and their liberatory potential. Our audience: Ujima Boston, a democratically controlled investment fund focused on building the solidarity/co-op economy. In order to demonstrate the process of building a mesh network vividly, we played a game called NodeRunner that was originally developed in 2015 by the Detroit Digital Justice Coalition. Participants were able to successfully play through the game, and we garnered a lot of rich input about what residents of JP expect out of community owned internet infrastructure. 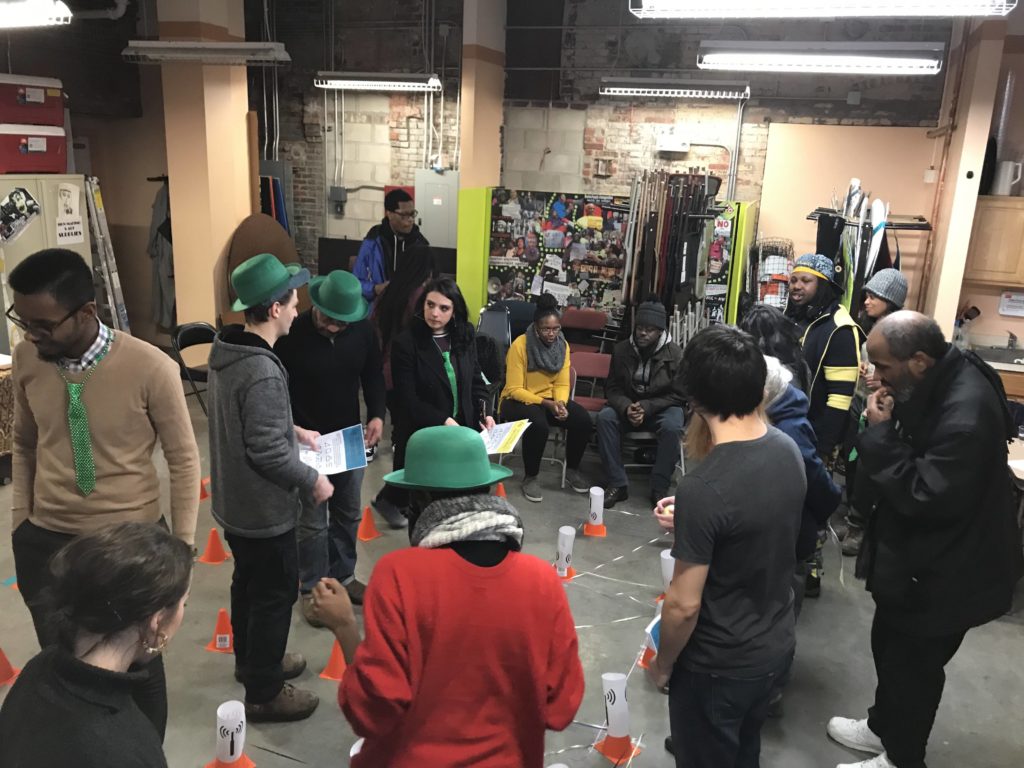 Although we hypothesized that most concerns would center on cost and speed, most were about coverage (as a percentage of the neighborhood) and completeness of the break with traditional ISPs. This was dramatically highlighted when we presented information about sharing existing internet connections. A wave of concern swept the room. “But if we plug into Comcast in the end, what have we gained?” This is exactly the kind of enthusiasm for cutting the cable that we want to hear/foster, and I was pleasantly surprised to hear it expressed in our very first community meeting. Discussions focused on obtaining and operating an internet exchange point (IXP) are coming up next week.

Overall, the event on March 6 was a great first engagement, and there are more to come. The relationship we’re building with Ujima could help us grow into our first neighborhood installation while Ujima expands their list of accomplishments for their membership.